I feel really mean giving only 2 stars so have another 3/4. I enjoyed the beginning best and got a bit bored in the middle and by the end found myself skipping over pages. I picked up the book to ... Leer comentario completo

Now and then I read a bio of a celebrity I have admired over the years. Few are as intelligent and interesting as this lady certainly was. I think part of reading and enjoying any celebrity bio is a ... Leer comentario completo

Lauren Bacall was spotted by Howard Hawks when she was on the cover of Harper's Bazaar at eighteen. Her distinctive title -- The Look -- followed her first film To Have and Have Not with Humphrey Bogart, and together they had one of the greatest love affairs of all time. Bacall went on to make more than fifty films and continues to be a major presence in the industry. She is the recipient of many lifetime achievement awards, two Tony awards, two Golden Globes, and an Oscar nomination. She is the mother of Stephen, Leslie, and Sam, and continiues to live in New York City with her beloved papillon, Sophie. 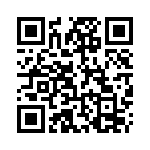