I love this book. While reading it I felt like her bset friend. I feel much more closer to Marylin. It is a very sad book and it awakens your eyes to how great your life really is. Leer comentario completo

Marilyn Monroe was a film actress whose seductive screen presence shot her to stardom as a sex symbol. After she was mysteriously found dead of a drug overdose at the age of 36, the movie star became a beloved pop icon. Journalist, novelist, and Oscar-winning screenwriter of Underworld, Ben Hecht (1893-1964) assisted Marilyn in the creation of My Story. 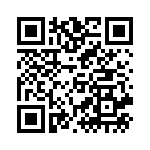