I have had the privilege of meeting the Hernando de Soto back in 2006 while attending training at his Institute for Liberty and Democracy in Lima. I can count among those who have also implemented in ... Leer comentario completo

Excellent overview of how we use property to create capital and how most of the world does not have a system for documenting ownership. Most people live in an extralegal system. Has recommendations for changing the systems so that real capitalism can work. Leer comentario completo

Hernando de Soto is the founder and President of the Institute of Liberty and Democracy (ILD) in Lima, Peru, regarded by The Economist as the second most important think-tank in the world. He has also been an economist for GATT (now WTO), CEO of one of Europe's largest engineering firms, and as a governor of Peru's Central Reserve Bank. As President Alberto Fujimori's Personal Representative and Principal Advisor, he initiated Peru's economic reforms and played a leading role in modernizing its economic and political system. In 1993 de Soto drew up and negotiated the strategic plan that reversed Fujimori's coup d'etat and returned the country to electoral democracy. He and ILD are currently working in Asia, the Middle East, and Latin America on the practical implementation of the measures for bringing the poor into the economic mainstream introduced in The Mystery of Capital. He was recently listed by Time magazine as one of the five leading Latin American innovators of the twentieth century. His previous book, The Other Path, was published in more than ten languages and was a number one bestseller throughout Latin America. 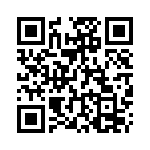